Stationary rockbreakers work in conjunction with a grizzly, which sizes material before it enters the ore pass.

When it comes to large, unwieldy rocks, mines and quarries deploy rockbreakers, which can be visualized as the big guns that serve as a kind of first assault in the ground war between rock and machine.

After ore is blasted loose from the host rock, it comes in a variety of shapes and sizes, never uniform. Surface operations typically employ jaw crushers or gyratory crushers, where material is brought to the crusher by large haul trucks and dumped into a rock box.

Underground operations don’t have the space for large crushers, so they typically use a steel grate called a grizzly to size material before it enters an ore pass. Material that is too large cannot pass through the openings in the grizzly and are left to be broken by a rockbreaker, while the smaller material is allowed to pass through the grizzly down the ore pass.

The boom chosen to carry the selected breaker depends on its ability to provide full coverage of the area where material will require breaking, racking or clearing. The choice also depends on ore size, the production rate the mine wants to achieve, and rock hardness. The most powerful breakers will be used to break the hardest rock, such as iron ore or granite, while less-powerful breakers will be needed to bust medium-hardness rock like limestone or dolomite, or soft minerals like talc, slate or asbestos. 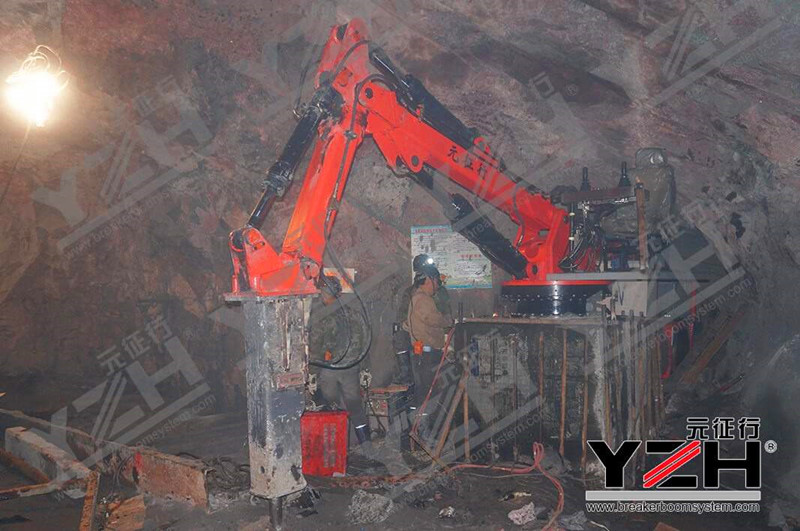 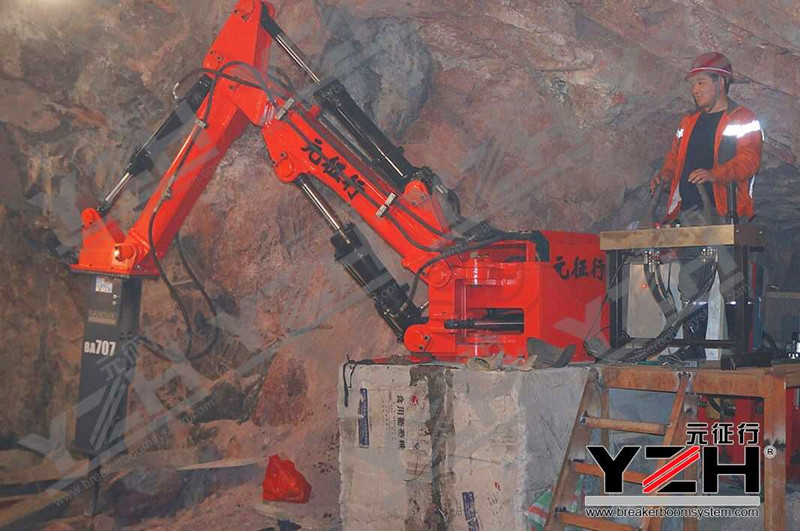 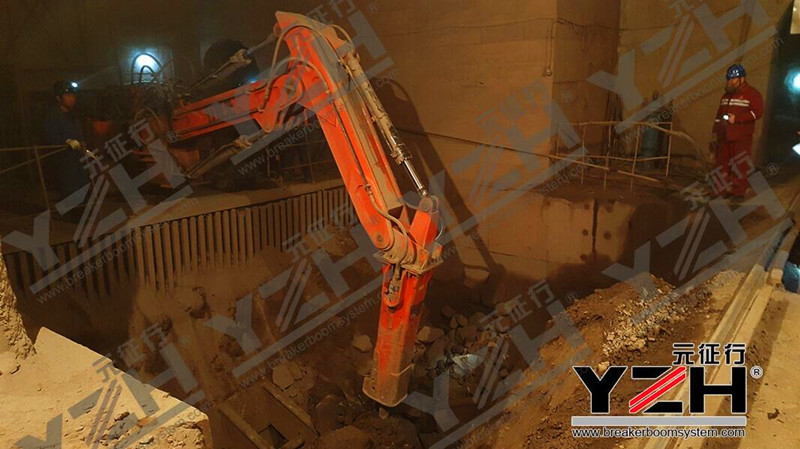